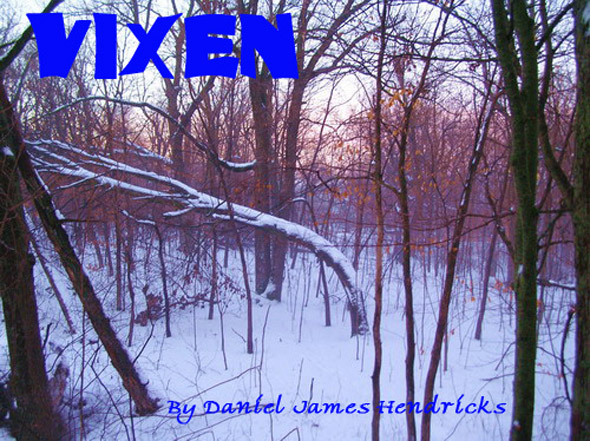 Crossbow technology, as with every other concept that man has contrived to date, is rapidly evolving and becoming more sophisticated, producing faster and flatter arrow flight. This race for more power and greater speed has not come without a price, however. As with vertical archery equipment, the mightier the bow, the greater the stress on both equipment and user. The greater the power built into bows to achieve faster speeds, the higher the price to be paid in shorter longevity of the bow, increased maintenance problems and more equipment failures.

Not being a person with a high a level of mechanical skills, simplicity and dependability are two things that I value when choosing a crossbow and accessories to use afield. Early in my bowhunting career, I learned that speed is not the key factor, but instead, it is where in your target you sink your broadhead that counts. 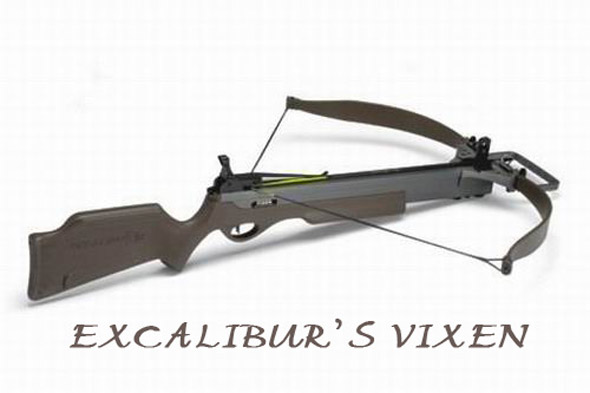 I recently picked up an Excalibur Vixen and headed into the field in an effort to harvest big game. For those of you that are unfamiliar with the fine line of Excalibur recurve crossbows, the Vixen is the least powerful model in their arsenal. It has a draw weight of 150 pounds, a 14" power stroke, which achieves a respectable arrow speed of 285 feet per second. It weighs only seven pounds with the scope, has a feather-light, three-pound trigger pull and a manual safety. Compared to some of the macho-man bows currently on the market, toting the Vixen into the field seems more like carrying a toy. That, however, is where the similarity to a child’s play thing ends. From the instant the arrow is released, there is no doubt in the mind of the shooter that he or she is in control of a remarkably effective hunting instrument. The Vixen is a crossbow that is pin-point accurate, effectively consistent, and extremely capable of inflicting mortal damage to its target.

After fine tuning the scope and becoming familiar with the simple mechanics of the Vixen on the range, I was ready to hit the field, confident of both the bow and my ability to shoot it well. I was given that sense of confidence by the bow’s ability to perpetually hit the bullseye at twenty, thirty and forty yards. The down side of the confidence gained on the range was that if I missed a target in the field, I knew in my heart, I would not be able to blame it on the equipment. That meant that the liability for a missed shot would have to be placed where it usually belongs, on the shoulders of the shooter.

Late December is one of my favorite times of the year to hunt, in spite of the undeniable negatives. The first hurdle to overcome is the freezing weather. Several hours spent completely exposed to the wind high in a treestand in near zero temperatures is not a pastime for sissies. The relentless, raw cold made even more trying by any wind at all, can gnaw away at a hunter’s resolve provided he has gumption enough to venture out in the first place. Another annulling fact is that the deer population has been greatly diminished by three months of bowhunting, not to mention the firearm and blackpowder seasons. Not only have deer numbers been cut in half, but the remaining animals are extremely wary and very nocturnal. Just seeing a whitetail is challenge enough, not to mention getting close enough to one to deliver an arrow to the kill-zone with a bow. On the positive side, however, the forest belongs solely to the weather-resistant bowhunter that is willing to assume the challenges of late season hunting. Gun hunters are gone. Weak-hearted bowhunters are sitting at home, warm and comfortable, with the only cold they have to deal with being the icy beer they are holding in their hands as they experience their hunting adventures in front of a television.

Indubitably, my favorite benefit of the late season hunt is the snow, endless spans of white, which are only broken up by the vertical slashing of trees and brush. A natural canvas that is perfect for detecting the dark, horizontal, silhouettes of deer moving into the scene. It is the only time of the year when this one-eyed bowhunter can easily spot deer deep within the woods as far as the eye can see. The final days of the season, when the advantage of vision becomes an asset of the hunter’s and not of the prey. The snow also provides an easy to read road map of deer movement and simplifies the tracking process when success occurs.

Vixen in hand, I headed into the bush with daydreams wafting though my head of backstraps simmering over glowing charcoal briquettes. I was unsure whether the toasty visions were spawned by my hunger and love for venison or instead, inspired by the seven below zero temperatures. The quietness of my surroundings was broken only by the crunching of boots as they crushed the frozen snow on a path that had been hardened by numerous trips to and from this particular stand. Once I had ascended to my perch, I began the process of completing the final steps of preparation before beginning my watch, which would last until darkness. Equipment was hung on the appropriate hooks; an arrow was placed in the bow, which had been cocked at the base of the tree; and clothing was adjusted, sealed and tied, securing my body against the frigid elements. With gloved hands buried deeply into the recesses of heavy jacket pockets, all that was left to do was maintain vigilance over the white stillness of the forested landscape.

Not a half-hour into my watch, movement in the distance brought my senses to full alert and had me reaching for my Vixen, which hung over my left shoulder on its hook. The creature that broke my tranquil daze moved into the landscape with its black shiny nose working the air currents and its sharp predator eyes searching for signs of both danger and nourishment. The red fox was passing in front of me at least eighty-yards away, far beyond the ethical range of even the most powerful of crossbows. It was also keeping its course in the middle of the heavy brush affording it even more security from any unexpected surprises.

As the fox’s keen senses vacuumed up all sights, scents and signs from its surroundings, slowing only occasionally to give extra attention to a clue that might lead to its next meal, it quickly covered ground and began heading away from my post. If I were to get a shot, I had to do something and I had to do it quickly. Pursing my lips, I sucked in air causing pressure that made a loud, high-pitched squeaking sound. A nano-second after the first high-pitched chirrup pierced the still winter afternoon, the fox made a sharp ninety-degree turn, picked up its pace and headed straight for me.