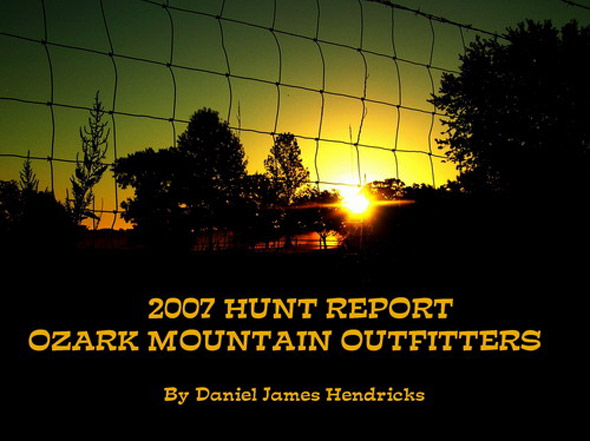 Once in a blue moon, be it through divine providence or just sheer luck, a hunter stumbles across an outfitter with a hunting opportunity that is bursting at the seams with quality, excitement and value. This past fall a group of friends and I discovered just such an outfitter and I’m reporting a bit more about our exciting findings. Deep in the hardwood-covered river bottoms of southwestern Missouri, lie some of the best whitetail and wild turkey hunting it has ever been my pleasure to experience. Our first junket was organized as a hunt for the United Foundation For Disabled Archers after the outfitters, Jim and Darlene Wilson had donated a free hunt to the club for auction at their annual banquet. There was a total of seven in our party as we descended upon the Wilson’s wilderness to discover what they had to offer. We were not disappointed by what we found. 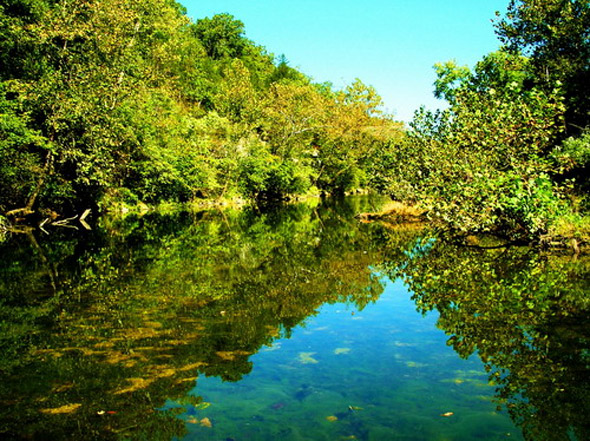 The accommodations were homey and comfortable. The food was excellent and nutritious. Our hosts were genuinely warm and gracious in seeing to our needs. The guides were friendly, conscientious and knowledgeable. And best of all, the game was plentiful and very challenging to hunt. All of this set snuggly in a gorgeous landscape that was capable of taking one’s breath away. Not one of us was disappointed.

Jim’s efforts to create an idyllic hunting paradise were evidenced by the many heavily traversed food plots which he had cut out of the dense forests and by the large number of animals that were seen by the hunters. Much to Jim’s disappointment (especially after asking us to assist him in removing some of the smaller bucks because of the high numbers) our band of merry hunters did not do as well as we should have. There were four deer and one turkey taken over the course of the hunt with a total of thirteen deer and turkeys being missed, collectively. One buck was passed over because the hunter deemed it too small. That same buck was shot during the gun season and scored over 160 inches. Oh, well! One man’s forky is another man’s porky! 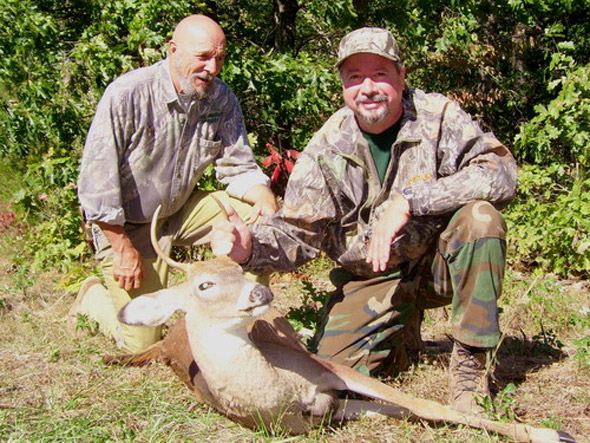 The point is that everyone there had tags for two whitetails and one turkey, but sometimes the hunt God frowns down upon a hunter instead of smiling at him. Still, the lodge was filled with excited chatter and lots of stories about game and personal experiences every time the party gathered over a tasty meal. Although the trophies were few on the meat pole, the twitter, along with big, toothy grins was abundant. As is often said, "That’s why they call it hunting!" 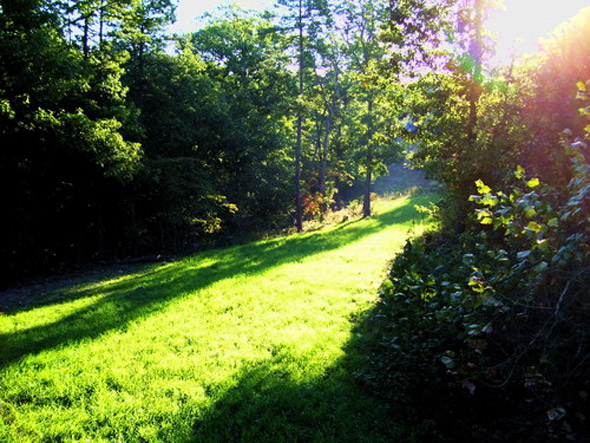 By the end of our time with Jim, Darlene and their crew, there was not one unhappy camper to be had and several that have already booked for the 2008 venture, which is already scheduled. Anytime an outdoorsman can find this kind of a quality hunting opportunity with such pleasing accommodations for $750 plus license, he has "done good"! We would like to thank Jim, Darlene and their crew for sharing their little paradise in Missouri and also for being courageous enough to invite us back in 2008. Hopefully we will do a better job of helping them manage their wildlife by not missing so often in 2008. 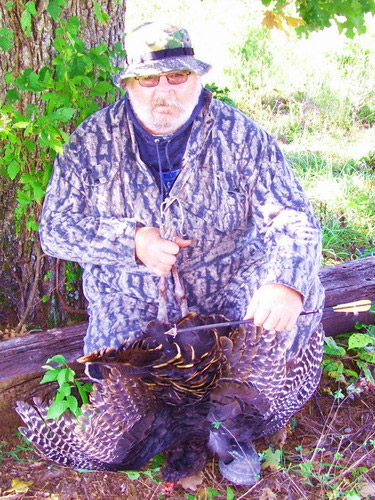 If you would like to be one of the hunters on the 2008 UFFDA Ozark Mountain Hunt call the UFFDA Main Desk at 320-634-3660. The hunt will take place October 9-13. Hunters will arrive at the ranch the afternoon of the 13th with hunting starting at daylight the next morning. After three days of hunting, the crew will head home the morning of the 13th. The cost of the hunt is $750 plus $150 for your license which includes one buck, one doe and one wild turkey. Ozark Mountain Outfitters proudly specializes in satisfying its customers with outstanding hunting and unforgettable memories.