Each year the United Foundation For Disabled Archers recognizes outstanding individuals and sponsors that have supported the UFFDA mission in an exceptional way. It is a difficult annual task to select just four because there are so many individual members and sponsors that qualify as worthy candidates.

After a thorough analysis and difficult considerations, the 2005 Silver Arrow awards, which are presented to an outstanding sponsor were conferred to the Park Rapids Chapter of Friends of the NRA and to Todd Dunham of the Fort Wilderness Church Camp in McNaughton, WI. The 2005 Golden Arrow Awards were presented to Michael Safcik of Racine, WI and Thomas and Cheryl Nicholson of Portage, WI. 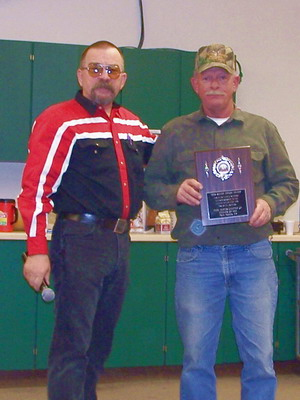 In 2005, the Park Rapids Chapter of the Friends of the NRA, through the initiative of UFFDA member, Rick Knoblock, applied for and received a $3000 grant to be used to purchase ten Double Bull blinds for the UFFDA Camp Wilderness Hunt. The blinds were sorely needed to provide cover for our hunters on the many sites that are hunted on private property around the Park Rapids area. The award was presented at the 2006 Camp Wilderness and appropriately accepted on behalf of the chapter by Rick Knoblock. 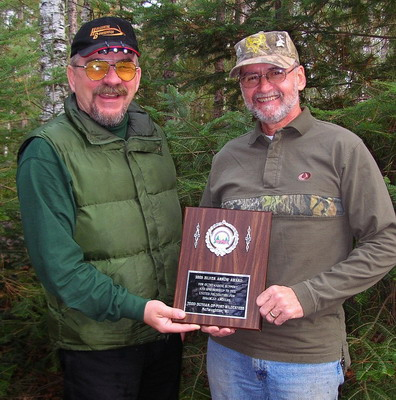 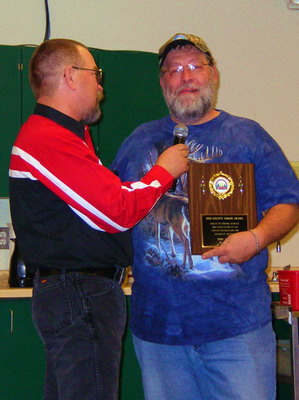 Mike Safcik, who is a current UFFDA board member, has been the Hunt Chairman of the Camp Tesomas hunt for the past three years. Mike has played a key role in the growth and evolution of that event and according to him, he does it just because he loves UFFDA and its mission. His dedication and donation of time and resources are a fine example of a disabled member that gives more back to UFFDA than he could ever receive. Because Mike duties keep him occupied and prevent him from hunting at the Camp Tesomas hunt, he comes over to the Camp Wilderness hunt each year to participate as a hunter. In the course of the year’s hunting at Camp Wilderness, Mike has become a familiar face to all UFFDA members nation wide. He also donates his time each year working the UFFDA booth at the ATA show and the WI Deer and Turkey Expo in Madison. Mike was presented his Golden Arrow Award at the 2006 Camp Wilderness hunt in Park Rapids, MN. 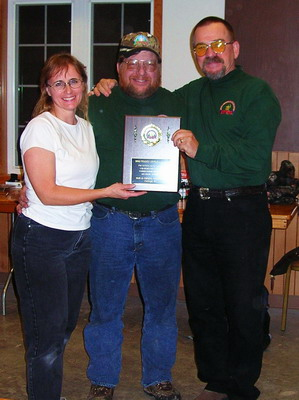 Tom & Cheryl Nicholson have provided key leadership in the state of Wisconsin for the past three years. Tom who serves on the Board of Directors as the National Events Coordinator, is responsible for the fiscal leadership and day to day business of the Wisconsin division of UFFDA. Organizing the Wisconsin UFFDA activities, Tom and Cheryl manage to get everything done that has to be done. This hard working couple, along with their two sons, Tim and Tom, are some of the first people to arrive at the Camp Tesomas Hunt and the last ones to leave. We are indeed fortunate to have capable and dedicated members like the Nicholson family. Tom and Cheryl were presented with their Golden Arrow Award at the 2006 Camp Tesomas hunt in Rhinelander, WI.

The entire UFFDA Family would like to offer our sincere congratulations to this year’s winners along with our heartfelt thanks for all these special folks do to make the UFFDA mission such an outstanding success.